Exciting filly BANG ON TARGET could not have been more impressive in winning on debut at Kembla Grange on Thursday.

The John Thompson-trained grey was unfancied by bookmakers for her first competitive start, but the performance was that of a well above average horse.

Ridden by Jay Ford, BANG ON TARGET was near the tail of the field in the 1000m 2YO Maiden but came with a withering burst down the outside of the home straight to win in the final strides.

The most impressive aspect of the win was her last 600m of 32.92 seconds, which was half a second quicker than any other runner in the race.

Purchased for $70k at the 2017 Inglis Easter Yearling Sale, BANG ON TARGET is a daughter of SMART MISSILE from DANAHERE, a half-sister to Proven Thoroughbreds’ 2009 Victoria Derby fourth placegetter DIGITAL FORTRESS.

BANG ON TARGET’s win continues a run of form for Proven Thoroughbreds horses, being the fifth winner in the last eight days.

John will now look at targeting the filly towards the Group 1 Flight Stakes (1600m) at Randwick in September. 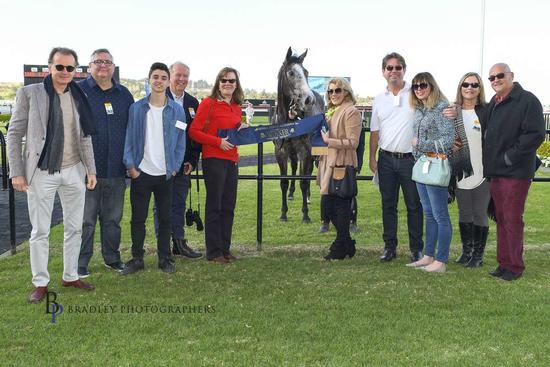 Congratulations to Bang On Target’s owners and connections!